Blood Red Sky worth a watch 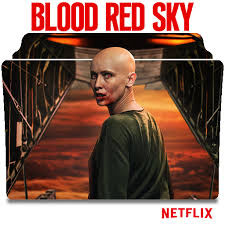 The two main characters were Nadja (Peri Baumeister) and her child, Ellios (Carl Anton Koch). The two are on an airplane to go see a special doctor. However, terrorists take over the flight. Nadja is forced to unveil her dark secret. The storyline was incredible and had a tragic backstory. This movie goes back and forth- from present to past and back again. This allows the viewer to sit on the edge of his seat, wondering what happened. It slowly pieces together the story, building up suspense. This suspense (along with the action and gore) made “Blood Red Sky” my third favorite horror movie. It turned out that the main character was a vampire, although it was unclear in the beginning. This movie is current, not just because of how recently it was released, but also because the setting of the movie is the 2020s. This is unlike other vampire movies, where it’s set back in the 1800’s. Finally, a vampire movie that revolves around neither romance nor the 1800’s.

One of the concepts I found most enjoyable was the main character. The main character, Nadja, is round and dynamic (well thought through and changes over the course of the film). There are a few twists as well. One of the twists being: one of the terrorists is a literal psychopath. The psychopath learns of Nadja’s dark secret (as do all of the passengers eventually), and uses it to his advantage. He takes Nadja’s blood and turns himself into a vampire. Because of his insanity, vampires run wild on the flight.

The special effects for all of this were amazing. The blood and gore were realistic and the he acting was well done. There is one more twist, but I feel it’s better not to spoil anymore of the movie.

With suspense and it being produced properly, why would you not watch it? There are twists and turns; no love story; and it’s the perfect movie to watch around Halloween or in the fall. All in all, this is a spectacular movie. It has been a long while since I have watched a vampire movie this good. What I find most exciting is that a second “Blood Red Sky” movie is coming out. It is unclear when the sequel will be released on Netflix. I give this movie four out of five stars.